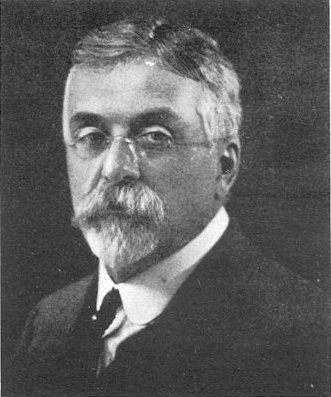 Cyrus Maxwell Boger was born on May 13, 1861 in western Pennsylvania, the son of Cyrus and Isabelle Maxwell Boger. He received his elementary education in the public schools of Lebanon, Pa., then graduated in pharmacy from the Philadelphia College of Pharmacy and later in medicine from Hahnemann Medical College of Philadelphia. He settled in Parkersburg, W. Va., in 1888 where a long and very large practise was his, patients consulting him from neighboring states and from distant states and countries. His ambition was to devote all his time to teaching and writing but he never reached the point of giving up his practice. He was a teacher of philosophy, materia medica, and repertory study in the American Foundation for Homoeopathy Postgraduate School from 1924 until his death. Boger, who was a German scholar, brought Bnninghausen's  Characteristics and Repertory into the English Language in 1905. He was married three times. A daughter of the first marriage died quite young. The second marriage brought him four sons and five daughters. His third wife, Anna M. Boger, was his secretary and constant helper. He died on September 2, 1935, aged 74, from food-poisoning after eating a tin of home-preserved tomatoes. He was a devoted follower of the Boenninghausen method of a repertory study, as all his published works show.

Studies In The Philosophy Of Healing

A Synoptic Key Of The Materia Medica

A Synoptic Key Of Materia Medica