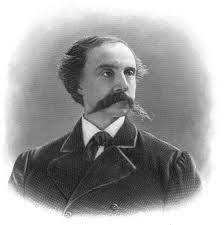 VERDI, Tullio Suzzara, physician, born in Mantua, Italy, 10 February, 1829. He is of a noble family, was educated in the College of art, literature, and sciences of Mantua, and in 1847 entered the Sardinian army. After its defeat at Novara in 1849 he was exiled from Italy by the Austrians, came to the United States, and in 1852 became professor of modern languages in Brown university. He was graduated at Hahnemann medical college at Philadelphia in 1856, and in 1857 removed to Washington, D.C. In 1871 he was appointed a member of the board of health of the District of Columbia, of which in 1876 he was elected president, and he was appointed in 1879 a member of the national board of health. Dr. Verdi became president of the medical staff of the National homoeopathic hospital in June, 1887. He was appointed in 1873 special sanitary commissioner to the principal cities of Europe from the District of Columbia. He was physician to William H. Seward while the latter was secretary of state, and the assassin that nearly killed Seward gained admission to the secretary by the pretence that he was the bearer of a professional message from Dr. Verdi. He has published "Maternity, a Popular Treatise for Young Wives and Mothers" (New York, 1869) ; " Mothers and Daughters: Practical Studies for the Conservation of the Health of Girls" (1877) ; and "The Infant Philosopher" (1886).He is the author of an interesting paper on Massini, published in The Christian Union of May 29th, 1872, and of an exceedingly valuable treatise on "Maternity," recently published by J. B. Ford & Co., of New York.On April 15th, 1873, Governor Cooke appointed him Sanitary Commissioner to the principal cities of Europe, in connection with a scheme for perfecting a sanitary system for the capital.

Mother The Real Physician To Daughters