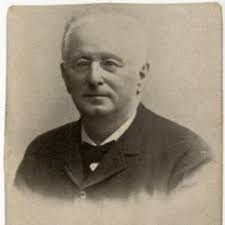 ILIENTHAL, SAMUEL, was born at Munich, Germany, November 5, 1815, and died October 3, 1891, at the age of almost, seventy-six years. Peaceful as was his life so was his death. Cheerful and happy to the last, he went quietly to sleep, never to awake again on this earth. He entered the German high school at an early age and graduated in 1834. He matriculated at the University of Munich in the fall of 1834, and after a year of preparatory study entered upon the study of medicine. He took his degree of doctor of medicine in 1838, and continued his studies in the clinics of the Municipal Hospital at Munich, until the fall of 1839, when he came to America. For fifty years he spent his life in unceasing professional activity in this country. After a short stay at Heidelberg, Pennsylvania, he went to South Carolina, whence he returned north to Lockport, New York, in 1847. Here was the turning point in his medical career ; for, witnessing the extraordinary success of homœopathy through the efforts of a resident physician, his love of truth forced him to study this to him entirely new method of treatment, which he penetrated deeper and deeper, becoming more attracted with every step forward. In 1850 he moved to Haverstraw, New York, where he remained for the next seven years, removing to New York city in 1857, where he resided for thirty years. At this time, mainly through the influence of the late Dr. Hering, he became the associate editor of the "North American Journal of Homœopathy," which he conducted alone from 1872 until 1885, when his advancing years, obliged him to resign from an occupation to which he was sincerely attached. A few years after the opening of the New York Homœopathic Medical College he became identified with its faculty, filling the chair of clinical medicine and that of diseases of the nervous system until his departure for San Francisco in the spring of 1887, as his advancing years induced him to seek rest from active engagements. Dr. Lilienthal's indefatigable labors in the field of journalism are well known. Besides editing his own journal -for which he made all translations from the German, French, Spanish and Italian languages- and writing original articles for almost every number, he contributed largely to all of the prominent journals of his school. There was no meeting of the American institute or of the state society, where he did not present a valuable paper ; and also in his county society his face was always to be seen, and he entered with spirit into all discussions on points of vital importance. His "Homœopathic Therapeutics" is a book probably more often referred to by homœopathic physicians for hints in prescribing than any extant. This work gave him his chief fame. In it he gathered the ripe experience of all our best men in a most scrupulous and careful condensation, and when he answered the call of the angel of death he was busily engaged in the preparation of the fourth edition. He made provings of carbolic acid, silicum, physostigma, etc. He also was the author of a work on skin diseases.

A Treatise On Diseases Of The Skin - An Antique Collection