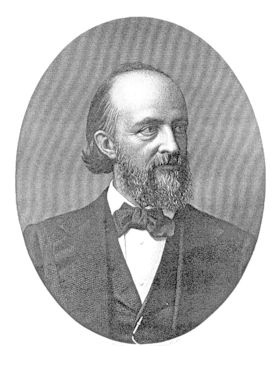 Dr. Dunham graduated from Columbia University with honours in 1847. In 1850 he received M.D. degree at the College of Physicians and Surgeons of New York.While in Dublin, he received a dissecting wound that nearly killed him, but with the aid of homoeopathy he cured himself with Lachesis. He visited various homoeopathic hospitals in Europe and then went to Munster where he stayed with Dr. Boenninghausen and studied the methods of that great master.He was a voluminous writer. For twenty-five years, he regularly contributed articles. Among his works are 'Lectures on Materia Medica' and 'Homoeopathy - Science of Therapeutics. Whatever subject he touched he treated it with the best of his ability and revealed his thorough grasp of the fundamental principles.Under the stress of his large practice he developed rheumatic carditis. The old school specialists gave up but once again homoeopathy saved him. His friend Dr. Hering prescribed Lithium carb. which cured him. He then set out to organize the "World Homoeopathic Convention" which had been his dream of many years. The convention was a resounding success, but it exhausted him. He took to bed in December 1876 and passed away on February 18, 1877 in his 49th year.

How To Take A Case

Homoeopathy The Science Of Therapeutics