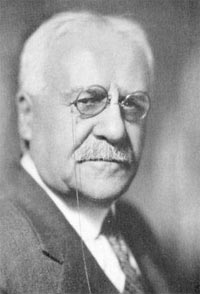 Herbert A. Roberts : Herbert A. Roberts, MD, was born May 7, 1868 and died October 13, 1950. He graduated from the New York Homoeopathic Medical College, practiced for a while in Vermont and then set up practice in Derby Connecticut.Dr. Roberts worked as a medical officer on troop ships during World War 1. He was the president of the International Hahnemannian Association (IHA) in 1923 and editor of the much-respected Homoeopathic Recorder from 1927-1934.Roberts was an active writer, researcher, and teacher. Between the IHA transactions and the Homoeopathic Recorder he authored 117 articles and 27 editorials.

The Principles And Art Of Cure By Homeopathy

The Principles & Art Of Cure By Homoeopathy

The Study Of Remedies By Comparison